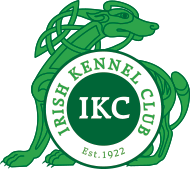 I was asked by the club to explain about showing dogs in Ireland.

In Ireland the show scene is quite different throughout the year there are approx 20 General Championship shows scheduling classes for all Breeds, some of which are not recognised in the UK. In addition there are some speciality Championship shows, often one for each breed or group. The Irish Kennel Club is overseen by the FCI. The main bulk of shows are during the summer months and often there are mini circuits where two or more shows are held back to back and the shows are split all over the country but with the most being held in Dublin. This culminates in the major circuit in August where there are 4 shows at Clonmel, Killarney, Limerick, Tralee. The Bichon Breeds of Ireland Championship show speciality is this year on the same day as Clonmel Championship show where the judge is well known Coton specialist Eliabetta de Luca, next year the judge will be Francesco Cochetti.

At all these Championship shows dogs and bitches each compete for Green Stars, one is given per sex in the breed. You need 7 to become an Irish Champion. Also to become a Junior Champion you need 7 wins in Junior and also the same for Veteran Ch you need 7 wins in Veteran. It is not always as easy as it seems as the criteria set by FCI is high, and in order to challenge for the Green Star you need to obtain an Excellent grade. Many foreign judges are very strict and only give out Very Good or Good, as at the European show in Austria, so even if you stand alone in a class you still need to get an Excellent to have a chance to obtain the Green Star. There are also several International Championship shows each year in Ireland which are combined with the National Shows for example St Patrick’s Day Int Show, here you can also win a CACIB as well as Green Star, and you need 4 of those in 3 different Countries with the last one 366 days after the 1st one to become an International Champion.