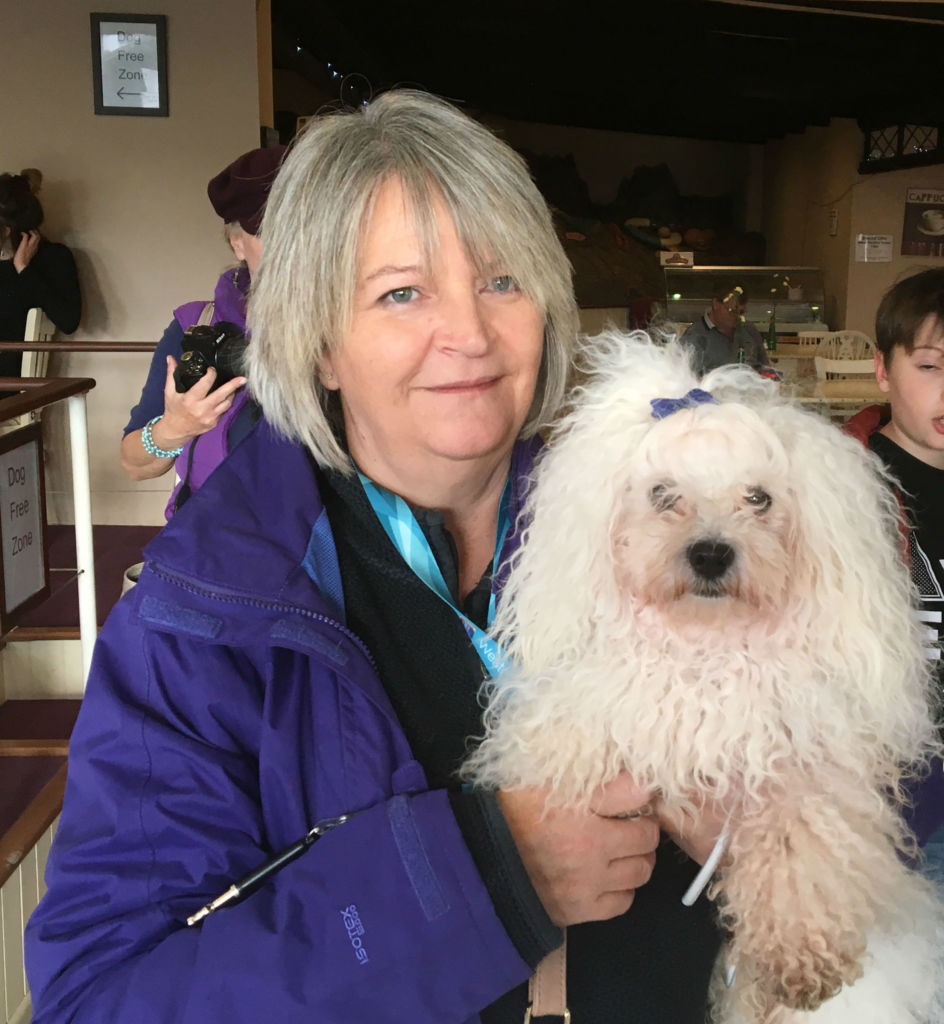 We are welcoming Caroline Cockwell to our club committee. Caroline is new to the Bolognese breed having bought her boy Lucca in July 2016. She had a cross breed and a German Shepherd previously but had sadly been dogless since 2004 having not been in a position to take on another dog. Caroline was missing having a dog but worked full time. Her sister came to the rescue and said that she would be able to help by having her dog whilst caroline was at work. So the search began.

Caroline doesn’t consider her household as normal as she breeds and shows Siamese, Oriental and Birman Cats so needed a dog that would fit in with 15 opinionated psycho felines. She knew she didn’t want a large dog so started to look at the toy breeds. Caroline said she spotted the Bolognese whilst watching Crufts and liked what they said about the breed. She needed a dog that was friendly with other animals and fairly bombproof as he would be spending the day with a bonkers French Bulldog. She was also looking a dog that would not be too noisy as the cats make enough noise without having a noisy dog to add to the equation. Caroline was lucky enough to find a breeder locally and got to meet her dogs and understand the breed a lot better. Clearly she decided the Bolognese was the right breed for her and says she hasn’t regretted her decision.

Caroline is on two cat club committees, a breed advisory committee and is an AGM trophy secretary. She is now enjoying showing Lucca and getting a bit more involved in the world of dogs.

CLICK HERE to read Club Rules and Code of Conduct