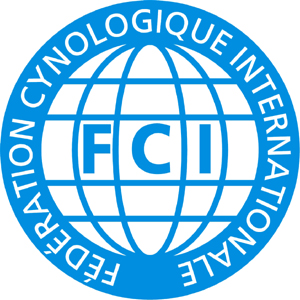 The Kennel Club and the Fédération Cynologique Internationale (FCI) have reached a new agreement on the mutual recognition of judges, which was signed on the first day of Crufts 2017 by FCI President Rafael de Santiago, KC Chairman Simon Luxmoore and KC Judges Committee Chairman Anne Macdonald.

Under the terms of the new agreement, all judges resident in a FCI member country will fill out a contract to judge at a Championship Show in the UK. This new reciprocal agreement between the KC and FCI replaces the previous one which was terminated, amid concerns raised by members at the KC AGM last year. No nominations to judge under the old agreement received by the KC after 30 April 2017 will be accepted.

The contract states that all nominations will continue to be subject to the approval of the KC Board, will need to be completed by all judges (not just nominees judging their first breed) and will be used for judges awarding CCs and judging Groups and BIS at KC licensed championship shows, and for UK judges to award CACIBs and judge groups and BIS at FCI shows.

It becomes active on 1 May 2017, will be valid for five years and can be terminated by either side no less than six months before the expiry date. Changes to it can be made if both sides agree.

Under the revised Code of Best Practice for the Selection of Judges, all judges resident in FCI member countries invited to award CCs and/or to judge Groups, Sub-groups and/or Best in Show at championship shows held in the UK, whose nominations are received by the Kennel Club on or after 1 May 2017, must complete the KC/FCI judges contract. This must be sent at the time of submitting the nomination preferably electronically. The contract will form part of UK Show Societies’ judging contract procedure. If nominated to judge a breed at CC level for the first time, the proposed judge will need to give details of where they have judged the breed.

All those judging under the contract must be and remain ‘of good standing’, and those awarding CCs for the first time will continue to be evaluated on their first appointment in the UK.

Jeff Horswell, the KC Board Member who gave a presentation on the drawing up of the new agreement at the KC SGM in November, said: “As was explained to Kennel Club Members at the SGM, the changes to the wording of the agreement, although small, are significant. The inviting society and the Judges Committee will review the evidence provided, to decide if the proposed new CC judge is suitably qualified to judge that breed in the UK. There is no automatic approval and the Kennel Club Board will look closely at nominations where necessary.”

More information can be found at the following links on the KC website:

Code of Best Practice for the Selection of Judges:

Kennel Club / FCI agreement on the mutual recognition of judges:

Judging contracts to be used under the agreement: