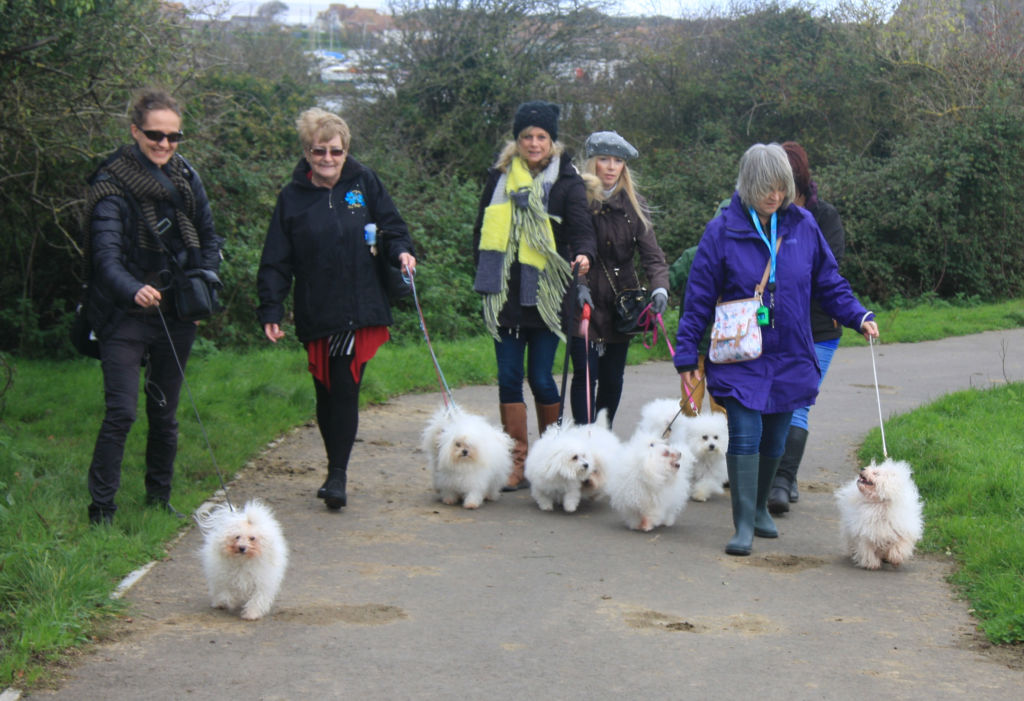 Sadly we had a few cancellations for Sundays MEET UP in Weston-super Mare. The hurricane the day before didn’t help. But we are glad we went ahead as everybody seemed to have fun.  We had a great long table of people and lots of well behaved dogs in the Wharf Side Tea Rooms in Uphill near Weston-super Mare. We met out of the wind for a lovely lunch and a good chat, mainly about dogs. It was nice for the owners to compare notes and experiences.

Vikki made some lovely homemade doggy biscuits for the raffle and we sold some lucky dips as well as some other merchandise to raise £23 for the club. After lunch we went outside and the cafe owner was brilliant as a judge for our prettiest bitch (won by Rose), handsomest dog (won by Alphie) and waggiest tail (won by Morse) competitions. Aside from Bolognese, Jan & Maggie came with 3 Havanese, Sukie & Rufus and an adorable puppy called Toffee. Caroline’s sister Lorena came along with her French Bulldog and Vikki’s Keeshund joined in as well as a few other friends’ dogs. It was nice and friendly and sociable, something for the owners and for the dogs. The cafe supplied dog biscuits too.

After a leisurely lunch, we took the cycle path for a walk. No longer had we set off when we saw a couple catching up with us with a Bolognese, which was a surprise as we thought everybody was with us. Anna Ratia and her father Jarmo were over from Finland with their little Bolognese Radamantino Ilda. Their ferry had been cancelled the day before due to the weather, so they found themselves able to meet us at the last minute. It was a lovely surprise to have Anna & Jarmo join us as Anna was very knowledgeable about the breed in Europe.

We were definitely in the country on this walk, as we had to avoid the cowpats and keep the dogs out of them. One dog Alfie decided to take a closer look at a cowpat and ended up with a rather smelly black eye!

After the walk some of us, were back in the cafe for a hot drink to warm up and more of a chat about, guess what Bolognese. A few of us then went down to the beach which was 5 mins away and a vast expanse of sand – the dogs loved it!

This is the second year we have met at the Wharf Side Tea Rooms and I would expect we will be there again, as the place is so lovely and so is the food, the countryside, the beach and the people. I’m sure it won’t be as windy next time.

Here are a few pictures taken on the day and there is a whole album of pictures on our facebook page CLICK HERE to view them. The next MEET UP is at Southsea Common/Portsmouth, Hampshire (we are meeting by the boating lake) on Sunday the 12th of November (weather permitting). 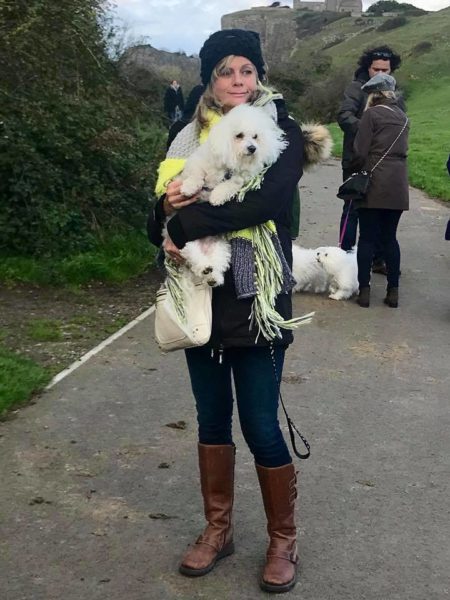 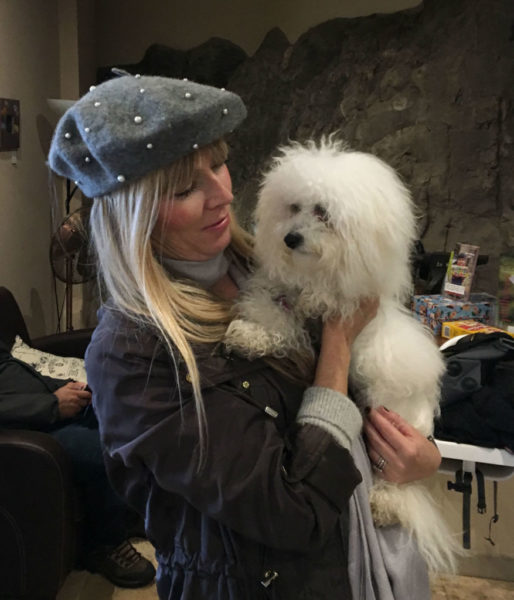 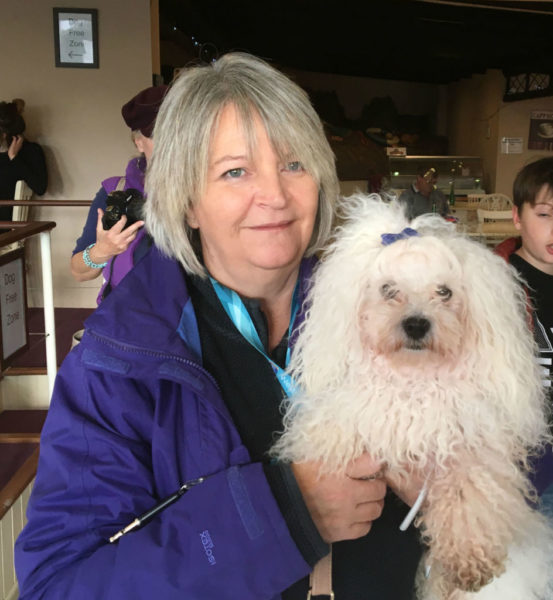