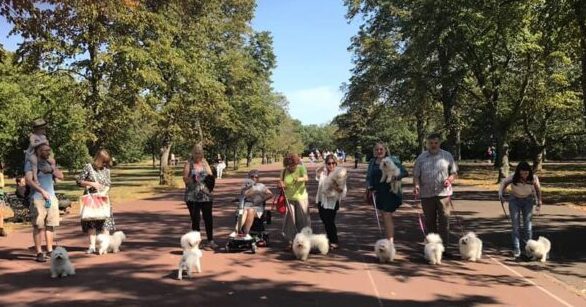 We managed to fit in just the one Bolognese MEET UP before further Coronavirus restrictions came in to force the very next day. We met in Greenwich Park at the Pavilion Cafe, which has a large outdoor seated area, but even so it was busy. The weather was really good for September, registering 25 degrees. We did our best to stay out of the sun for a chat and a chance to introduce people to each other. Some people had met at London MEET UPS before, but there were several families attending for the first time. Being able to experience 15 Bolognese of all shapes, sizes and ages all together was impressive. The dogs and owners mingled happily and all were well behaved. Amazingly, one Bolognese owner Mathew was walking in the park totally unaware of the get together, but upon realizing what was occurring, Matthew and his dog Leo come over and joined the group for a chat. 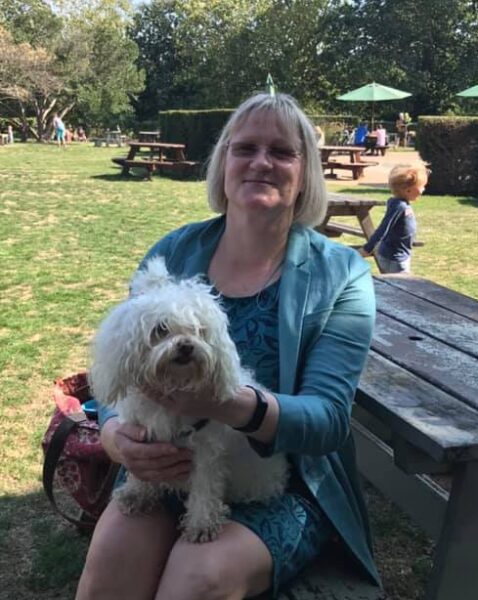 Several Bolognese were closely related to each other and some were from overseas. We had 3 generations of Bolognese, mothers and sons from different households, the young and the old. Maria Caridi’s Bolognese Lui was from Italy and Teresa Strzepka’s Bolognese Puszek from Poland. Puszek had been really ill since we last saw him, but thank goodness he is fine now. 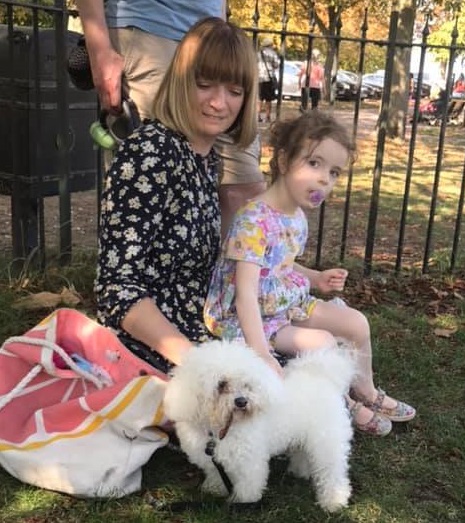 There were 2 families amongst us Tessa Welby with her husband and children Matt & Molly brought their Bolognese Zetti and Dave Jones brought several family members and their Bolognese Pegasus. Dave really enjoyed seeing so many Bolognese as since Pegasus joined the family they had not seen another Bolognese. Pegasus was also unexpectedly reunited with his mother Gianna, which was a lovely surprise all rounds. Paul Irvine was our local member on the ground making sure all was well with the meeting in the park. Paul has been to a few MEET UPS with his Bolognese Mini & Gianna. Gianna won the ‘Best Hair Do’ prize as she was in full coat and well groomed.

Another friendly addition was the lovely Jenny Hegarty and her girl Fizz. Jenny has said in the past how much she enjoyed meeting other Bolognese and their owners and she always supports the club when she can. 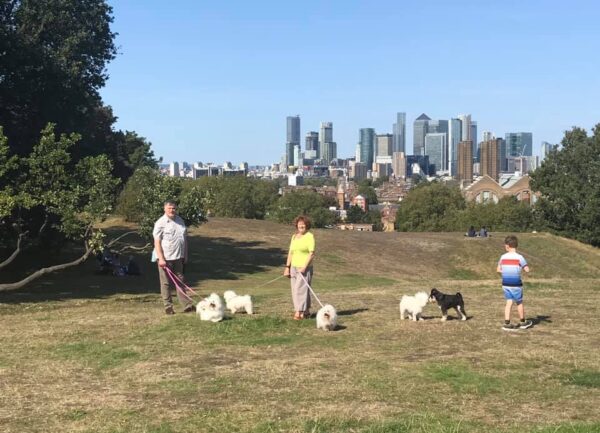 After a wellcome chat at the cafe, we took a stroll in the park, managing just about to stay together. Most of us then returned to the cafe benches for some activities and more pictures. Because of COVID, we didn’t take a traditional group picture this year, but the photos we did take manage to capture the atmosphere and happy feel of the day as well as the lovely setting and views. Everybody attending were Bolognese Dog Club members and all received a FREE Bolognese Canvas Bag. Maria’s 2 friends liked the bags so much that she bought 2 extra for them. We had a FREE raffle with one main prize containing a lovely bowl, treats, toys and Bolognese gifts. The lucky winner for the first prize was Deana. We had one ticket per person for the raffle meaning that everybody won a prize. People went home with a unique Bolognese Canvas bag and a raffle prize and some won extra prizes too! More pictures from the London MEET UP can be seen the Bolognese Dog Club Facebook Page.

Unfortunately we have had to put any further plans and ideas of MEET UPS on hold due to the current COVID restrictions of only 6 people being allowed to meet up inside or out. As soon as COVID restrictions allow we will be arranging more social meets as they are so much fun and enjoyed by all attending. Thanks to all attendants for making it such a worthwhile and memorable day out.