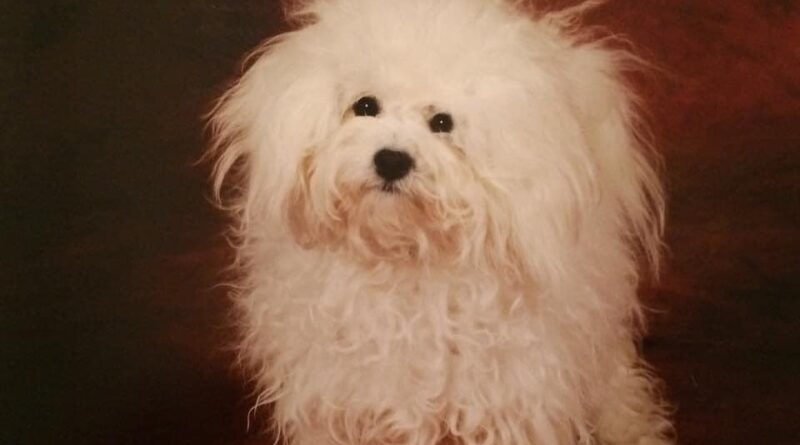 She passed away peacefully at 15,5 years of age. Such a special girl and still around as a great(great)grandmother to some really nice Bolognese.
I remember so well meeting her, visiting the Czech Republic for a US breeder that was looking for a Bolonka. This day I met several breeders at the house of the special Mrs Stepnickova (Kennel Jizerska Protez). The second I saw Ginger walking out of the crate I knew I had to have her. Not prepared to buy a dog myself we put all the cash on the table we had, until the last cent. But she came home with us. She had some super puppies for us that became well known in the show ring too. LWW Emilio Aliso became World Jr Ch and World Ch BOB. LWW Ennio Aliso became a top dog in the USA. In 2011 Ginger became European Champion herself, when her son LWW Giorgio Aliso (Shadow) became European Jr Champion. LWW Katarina Alisa and LWW Kristina went on in breeding and nice puppies after them. And her last litter was LWW Peppino, a super nice crazy boy, who is the father of Lafford Hero. Hero is the father of our LWW Valentina and grandfather of LWW Cassandra.
Many memories that will live on forever.
Jesica Van Driel