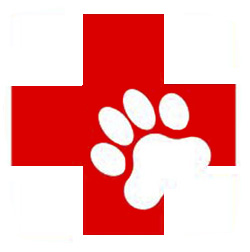 The disease known as Alabama Rot first appeared in the late 1980’s in the United States (first seen as it name implies in Alabama) in Greyhounds. The mysterious disease presented with ulcer like skin sores and/or kidney failure in dogs which were affected. Later further cases were diagnosed throughout the United States.

The cause of this disease is not yet fully understood and can only be suspected by the presenting clinical signs and a full diagnosis is only made by post mortem.

Alabama Rot is caused by damage to blood vessels in the skin and kidneys and will causes tiny blood clots to form in the vessels, blocking them and can ultimately cause damage to the affected tissue. This causes ulceration in the skin and in the kidney can lead to kidney failure.

Unexplained redness, sores or swelling of the skin, particularly on paws or legs but also on the body, face, tongue or mouth are often the first signs.  Most of the time these sores will be unrelated, but if you are concerned please check with your vet.

WHAT CAN I DO

Wash off any woodland mud

If in doubt call your vet

For up to date information you can check Anderson Moore’s face book page.