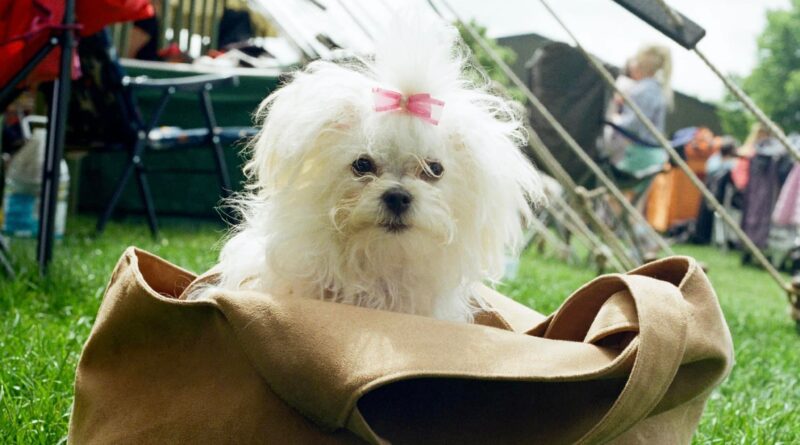 Daisy was born in the early evening of 2nd November 2021. I was out teaching and had left her mummy Neme happy just chilling in the days before birth. At 8pm I received a text from my husband Nick to say Neme was unsettled. I finished up early and made the 20-minute journey home only to receive a call from my husband as I pulled up outside to say a puppy had arrived.

Wow I thought and jumped into action and promptly took over from a shell-shocked Nick, my hero of the hour. Daisy was the third born puppy. She was very dark and quite small but full of energy and she started suckling almost immediately. Fast forward 6 weeks and Daisy hadn’t grown as much as the others but was a lively alert puppy doing everything her siblings were doing, just smaller. Almost from the moment she came into the world I had decided to keep her and this didn’t wane during the next few weeks. Of course, as a very small dog she was not for sale and would become our newest edition.

Early Days
The first four months were not plain sailing as she had a reaction to her first vaccination so didn’t have her next one until 4 weeks later and didn’t get microchipped until she was big enough around 4 months old on the advice of our vet. Daisy is now 8 months old and is an absolute delight to have around, she loves to hide and play chase with her mummy Neme and generally torments the boys. They are so gentle with her and never scold her for rough play, however her mummy Neme keeps her in check. She has been the easiest of the girls to toilet train and will go on command which is amazing.

Disappearing Act
She has certainly given us a few heart stopping moments such as when she disappeared. I turned the house upside down, trawled the fields behind my house as the hawks and buzzard had been circling. I was beside myself with grief and feared the worse. I had given up hope when she popped up after 4 hours, just sauntering into the kitchen. We can only assume she had been hiding somewhere, possibly under the steps for the sofa. She still goes missing and I immediately go to this place and I find her fast asleep so I leave her until she is ready to come out.

Out and About
Due to her diminutive size and weight she comes everywhere with me even shopping. She has a little carry bag which she snuggles down in so no one has any idea there is a dog in it. She is a regular at championships dog shows and has become the Enjanicka mascot. She receives lots of fuss and has been regularly photographed by the Our Dogs photographer.

She loves her walks but can’t do as much as the others so she jumps into her carry bag. We frequently go away in our caravan and she loves this but struggles to get up the steps with the others, although the last time out she had mastered this so she must be growing a little. She has never really learned to bark but she has developed what can only be described as a scream when she wants something which I assure you is much more effective than a bark.

During a recent visit to Birmingham Stafford Show ground I had left her in her buggy by the cafeteria under the watchful eye of Bette Hopkins whilst I did some shopping. I was at the other end of the venue and I heard this piercing scream ring out. There was Daisy telling us she wanted something. When I returned Bette was beside herself. She had rushed to the buggy thinking something awful had happened. A note to self, warn any unsuspecting minder of this trait.

She will never be very big but is definitely one in a million and has truly stolen my heart.

One thought on “Dinky Daisy’s All About Me”